5 Virtual Magic Shows to Try In Your Office

Magicians can dazzle adults with mind reading, mentalism, and fascinating sleight-of-hand tricks, all via virtual magic shows. Ready to schedule a show for your team? 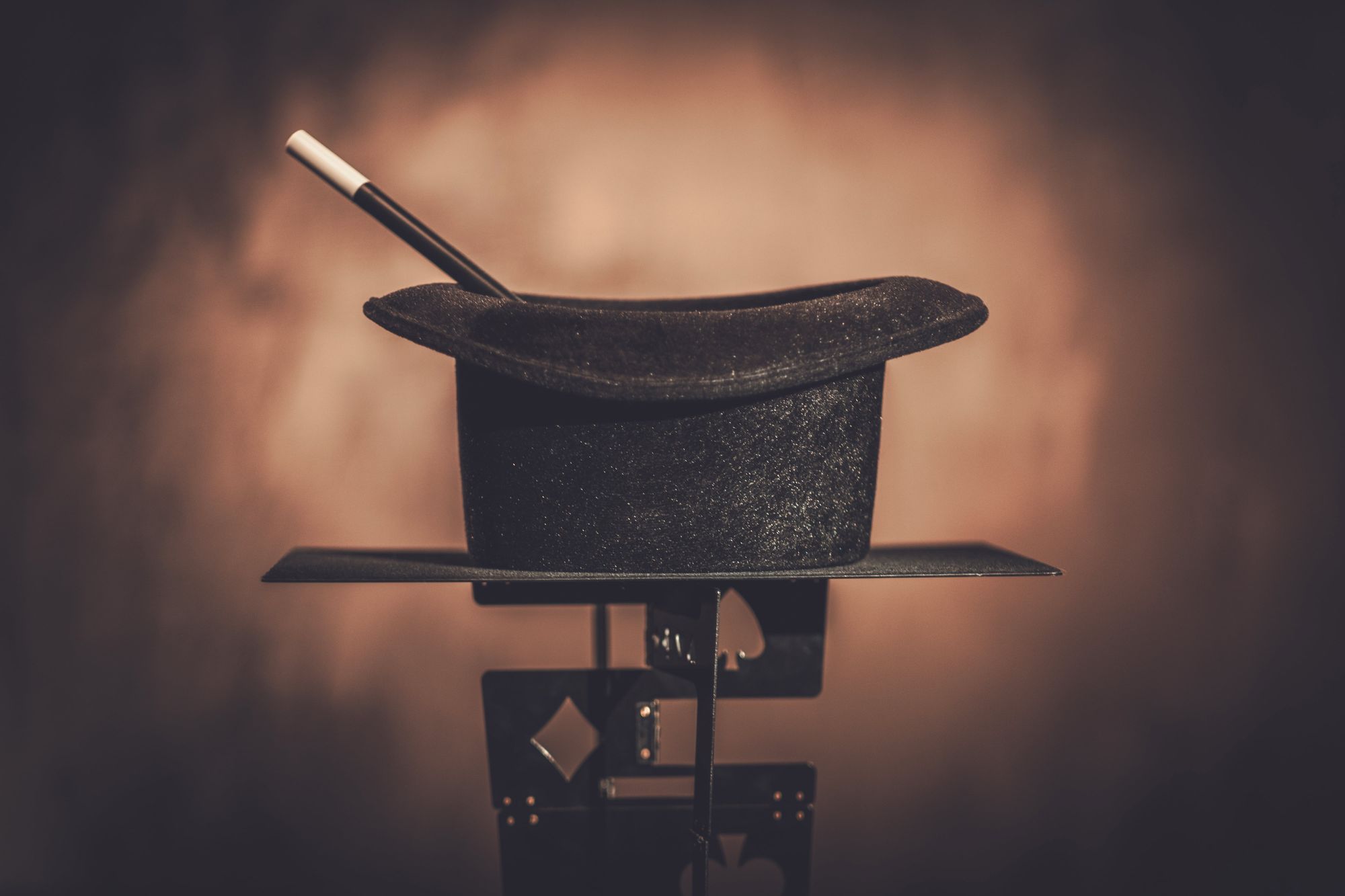 Magic shows aren’t just for kids. These days magicians can do far more than pull a rabbit out of a hat at a backyard birthday party. Magicians can dazzle adults with mind reading, mentalism, and fascinating sleight-of-hand tricks - and they can do it all virtually.

Virtual magic shows have become a popular team-building event for companies large and small. Employees can gather in the conference room or join from their home office via Zoom.

With one click and no setup, your staff can take a much-needed break and take in a magic show together.

When the world shut down during the COVID-19 pandemic, people looked for entertainment options online. Aside from binging TV on Netflix, online experiences like remote magic shows became wildly popular.

Big-name magicians like Jason Suran and Dan White turned their homes into virtual stages and put on sold-out shows - all via Zoom. And the popularity continues.

Corporate offices are now hosting online magic shows to bring their staff together in a fun and easy way.

5 virtual magic shows you can schedule for your team

Ready to explore a world of wonder? Check out these magic shows offered by Offsyte:

See objects appear, disappear, and teleport during this event, Interactive Magic and Mentalism Experience. Watch as teammates participate in mentalism exercises, try to explain unexpected illusions, and be introduced to a dazzling world of virtual magic.

Magic Man, who has appeared on a handful of shows like America’s Got Talent, headlines this virtual show, The Illusionist Online: World Class Magic. The San Francisco-based magician, mentalist, and illusionist, blends how’d-he-do-that tricks with storytelling and comedy to create a one-of-a-kind, fully interactive show.

Learn the Art of Magic from a Pro

Do you ever wonder how a magician saws a woman in half or performs a fascinating card trick? Well, if you attend Learn the Art of Magic from a Pro, you’ll know how. Led by an instructor of magic at the infamous Magic Castle, participants get a behind-the-scenes look at how magicians perform. Plus, your host will do a few mesmerizing tricks to close out the magical experience.

Dan Chan, a well-known magician with a knack for corporate shows, hosts Interactive Magic Show with Silicon Valley's Favorite Magician. Dan’s sleight-of-hand tricks and playful pickpocketing will entertain your team as they come together to enjoy 30 or 60 minutes of thoughtful, interactive magic. Sometimes, Dan’s 14-year-old son James, a magician in training, joins the show too.

If you’re looking for a unique kind of magic show, how about Murder Mystery Comedy Magic Show? Described as “a virtual game of Clue with magic,” attendees must find clues and participate in magic to solve the murder. It’s highly interactive, so this event is best for small groups of 10 to 50 people.

If your office is in the San Francisco area, you can also schedule a magician to come to your office by booking Experience the Magic…At Work or Close-Up Interactive Magic & Mentalism Show.

Want to learn more about scheduling a magic show for your team? Browse our list of magic shows.

Make Slack fun — because why not. These fun and silly Slack games will help your team bond while working remotely.